I must admit I'm not terribly enthusiastic about the Olympics really. When the Olympic torch Relay came to my home town on Sunday we just muttered darkly about traffic jams and avoided the town centre!

But today I went into Richmond for a bit of shopping and was surprised to find crowds of people forming as the torch relay was working its way back to North Yorkshire and was due in the town. I got very swept up with the party atmosphere and even though I get quite panicky in crowds I managed to find a fairly quiet spot where the handover was going to be - I was even given a seat by one of the Stewards and was right at the front when the relay parade arrived and cheered along with the rest when the torch was lit.

I found it quite moving and just wanted to share a few of the photos I took on my phone.

Although it looks really quiet where I was there were thousands upon thousands of people in the main market square and up by the Castle and at Richmond School where Lord Seb Coe went. 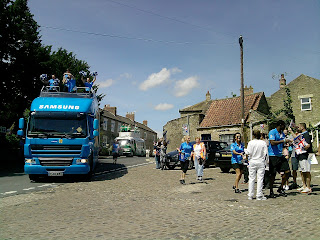 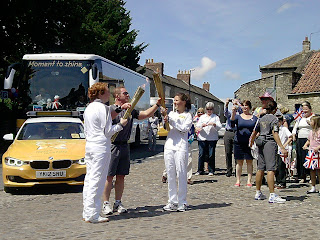 It was handed over from Charlotte Brown to Amy Potter 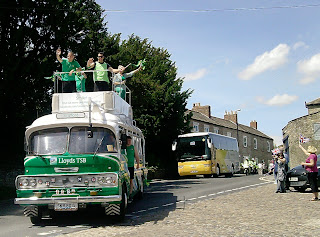 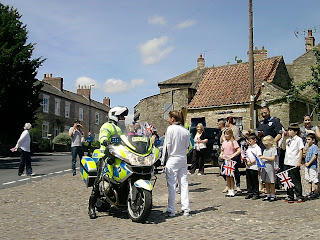 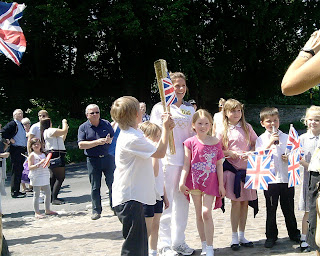 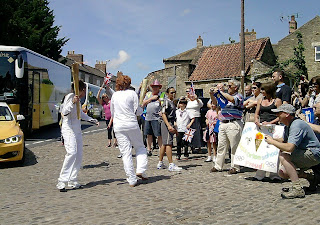 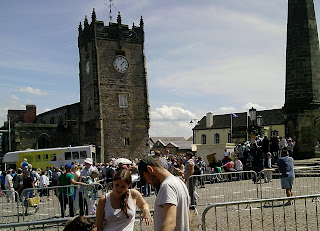